Our Vegan BBQ Recipes team is made up of my dad (Paul) and me (Hannah). Paul has had over 30 years of experience cooking on a barbecue, but only in the past two years did he decide to ditch the meat and move towards plant-based outdoor cooking. I’m relatively new to barbecues, but I have a passion for creating vegan food and now barbecue cooking has opened up a whole new world of exciting plant-based cuisine to me!

I’ve written the majority of recipes on this site, whereas Paul has contributed his expert barbecue knowledge to create a series of hints and tips. We hope that for whatever reason you’re visiting Vegan BBQ Recipes that you can find something useful to take away with you.

I've been cooking on barbecues since 1977 when our family bought a charcoal grill while on holiday in France. The passion was clearly ignited and has lived with me ever since because whenever I was invited to a barbecue party it was always me who took control of the grill to avoid the burnt offering.

Since then my barbecue passion has turned professional:

As such I've also been lucky enough to cook on lots of different BBQ equipment and have been given loads to test so I've passed on three of my favourites for Hannah to cook on:

It'll be interesting to see which one she uses the most!

Back to those early BBQ days I have to admit that if ever a non meat eater turned up to one of my cookouts I'd direct them (with contempt) straight to the salad bar. It's only in later life that I've realised that barbecue is all about inclusion and not division and especially now as a plant eater, I just want to be included in the action.

For that reason I wanted to be involved in vegan-bbq-recipes.com and I want this to be all about taking outdoor cooking to a different level so that whether you eat meat or not you can easily knock up some plant based dishes from the smoker and grill.

My contribution is to help everyone and anyone with their grills and smokers, give technical tips and not least challenge myself to learn a different style of BBQ. Having spent the first fifty years of my life being conditioned that animal products are a normal and essential part of any meal it's hard enough to turn to a plant based diet but doing it on a barbecue as well?!

As for the recipes, that's over to Hannah... 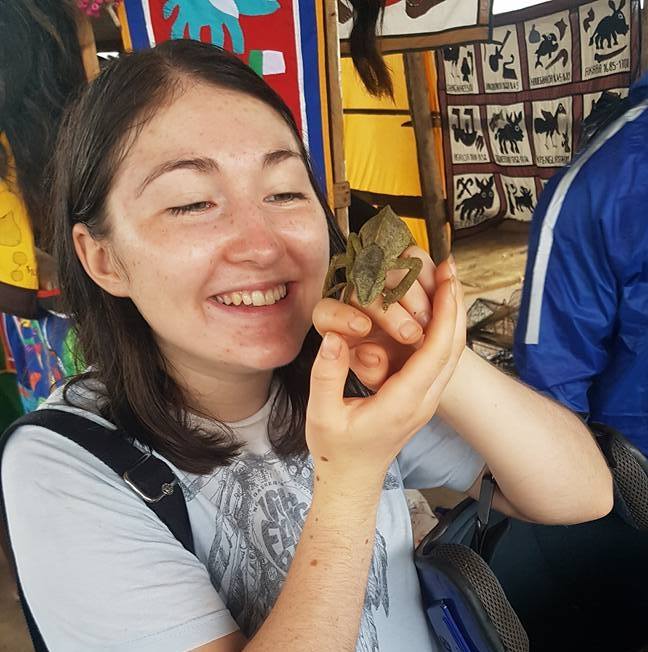 For all 20 years of my life I've grown up around food. From my dad constantly barbecuing, my mum making the most delicious home cooked food and my sister baking plenty of cakes, I've always been treated – one term in catered university halls really made me realise how lucky I’ve been!

I've also been lucky enough to be able to travel growing up. Family holidays introduced me to completely different types of cuisine, and allowed me to appreciate food from all over the world. From France to Hong Kong to South Africa, experiencing the regional food wherever I’ve been has opened my eyes to so many different ways of preparing and serving food. Food has therefore always been an intrinsic part of my life and has inspired me to create my own food.

I can’t say I’ve had loads of professional cooking experience – over the years I’ve helped out my dad with barbecue catering and had a job as a waitress, but this really is a new venture for me. Having a break from university has really allowed me to take a step back and think “What do I really want to do with my life?” – Right now, what I want to do is cook tasty vegan BBQ food.

I also have to admit that I’ve not been vegan for long. Over the past couple of years, our whole family has moved towards a plant-based diet, but only when I got to university did I completely cut out animal products from my life. This is why I’m not just writing these recipes for vegans. Vegan BBQ Recipes is for anyone who wants to enjoy eating plant-based food on a barbecue and I hope that whatever you eat that you can make the most out of our recipes.

With my dad’s support, this idea has been able to become a reality. His experience and knowledge of barbecues continues to guide me as I develop this website. I hope that his expertise, along with my passion for creating vegan food will show in our recipes.

Thanks for taking the time to read this: I hope that you can make the most of Vegan BBQ Recipes and get inspired!

Paul and I both had the idea of writing a vegan barbecue recipe book. With my dad being passionate about barbecue cooking, and us both loving our new-found vegan lifestyle, we wanted to join the both together and create something amazing for the vegan community. However, with me at university, and my dad working on his business, neither of us had the time to devote to putting this plan into action.

Good job I dropped out of medical school then, isn’t it? On coming back home, we both decided that in the short-ish time frame that I had before restarting university, creating a website would be a better way forward, and something that I could easily build upon on my return to university; I didn’t want the pressure of finishing writing an entire recipe book within a few short months. So, we began to experiment with recipes, and soon enough we had positive results and the odd recipe good enough to post on our website!

I hope that our joint efforts will help make vegan BBQ food something special, and that everyone will be able to enjoy plant-based outdoor cooking as much as we do!

Thankfully we live in a country in a world where vegan friendly food and recipes are widely available. I've therefore been able to take inspiration from a variety of sources, including social media, chefs and friends, and been able to adapt their ideas to make them work on a barbecue.

However, most places that I’ve taken inspiration from used animal products in their food, so I’ve done my best to replace all meat, eggs and dairy with vegan alternatives that improve the end product. Some experiments have been successful, and others not so much, but hopefully that will leave you with fewer culinary failures and more tasty barbecue food!

We want to support the movement of our society towards a sustainable, cruelty free and healthy diet, showing that there is so much that you can do with vegan food cooked on a barbecue. There are limitless options to what you can do with plants, and we want to prove that you don’t always need meat to enjoy barbecued food.

We’re not here to preach or to try and convert anyone – we’re not activists! We just want to prove that no matter what you eat, you can enjoy vegan BBQ food.